“In a lot of ways these institutions made me…I owe them.”(Butler Sends His Charitable Efforts Back to School, WSJ)

Late into life, Butler continues appreciating Culver’s contributions to his growth, telling the Wall Street Journal, “My mother used to say, ‘We lost Sam when he went to Culver at age 16’…Culver is the reason why I’m sitting in an office in New York right now.” (WSJ)

Bultler’s life arc has taken him into fundraising and governance roles in several educational and cultural institutions. He’s served as trustee, and chairman of the board for the New York Public Library; he’s a member of the Harvard Board of Overseers served and as a trustee of both the September 11 Fund and Vasser College.

The man knows how to give back. 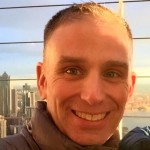 Peter Baron is the Chief Evangelist at WhippleHill Communications, the owner of AdmissionsQuest, and a partner at edSocialMedia. Peter regularly blogs about school communication along with hosting the regular videocast series, Boarding School Campus Tours. You can find him on Google+.